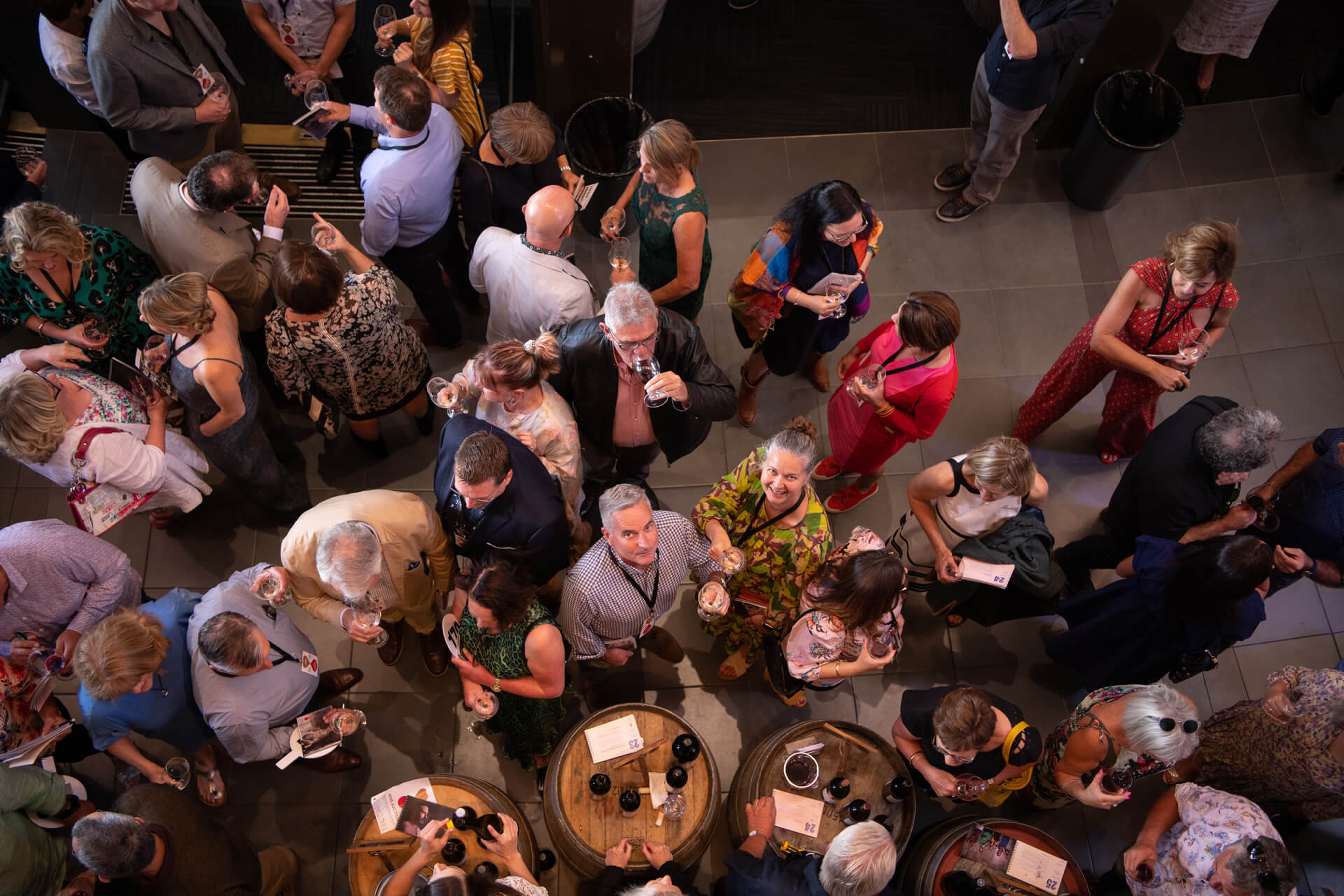 Established in 1991, The Hawke’s Bay Wine Auction is the oldest wine auction in New Zealand.

The idea was born from a casual conversation between local winemakers, Alan Limmer (then Stonecroft Winery), John Buck of Te Mata Estate Winery and Kate Radburnd of Radburnd Cellars.

They believed there was a need for the regional wine industry to demonstrate its ability to be a contributing member of the community and to promote Hawke’s Bay wine to New Zealand. Cranford Hospice was approached with the idea of a charity wine auction and the rest is now history.

Hawke’s Bay Wine Auction goes from strength to strength and makes the single biggest donation to Cranford Hospice each year. Thanks to the generosity of our supporters and sponsors we run to a break even event budget so all Auction funds raised are gifted to Cranford Hospice supporting their operational costs.

Auction lots are predominantly various barrel sizes of the best local wine.  Barrels have been an integral part of Hawkes Bay’s wine scene since the beginnings in the late 1800s. The classical use of oak subtly enhances complexity and maturity contributing to the notable cellaring potential of Hawkes Bay wine styles.

Syndicates are an ideal way to participate in the auction due to the barrel lots comprising of between 75 and 300 bottles. With a mix of Barrel lots, large format bottles and themed offerings of 750ml bottles such as vertical selections make up 40 Auction lots each year.

The auction is supported by Hawke’s Bay’s wine industry providing wine lots at no cost. The event attracts those interested in the finer aspects of life, those that enjoy quality and recognise the importance of being associated with a high-end event, and ultimately a worthy community cause close to all our hearts.

The relationship between Cranford Hospice and the wine industry has become more and more personal over the years the auction has been running. There is a very strong association among individual winemakers and producers with this event and wine auction lots are selected and submitted with a great deal of thought, consideration and generosity.

Cranford Hospice has always been the sole beneficiary of the Hawke’s Bay Wine Auction.

Hawke’s Bay Winegrowers Inc is the official wine industry organisation representing all wineries and growers in the Hawke’s Bay region.

Formed in 2006, grower and winemaker organisations amalgamated to form one industry body to support the Hawke’s Bay wine industry to achieve international recognition as a sustainable and profitable world-class wine producing region. There are now over 70 winery members and more than 145 grower members.

Raising the profile of Hawke’s Bay wine is integral to the organisation’s strategic plan, and is critical to the long-term future of the industry in an increasingly competitive marketplace. Promotional activities take place regionally, nationally and internationally.